The spring peepers (Pseudacris crucifer) have been going strong in Cuyahoga County for about two weeks now. Recently I took at trip out to watch them at a local wetland. It was a perfect night: warm and overcast with occasional sprinkles of rain. Hundreds of males were calling from bushes, cattails, and the pond’s edge. I also saw a few pairs of male and female peepers in amplexus. As one pair swam by me, I took a few photos. It wasn’t until later that I realized one of my photos contained a third individual: an eastern newt (notophthalmus viridescens). This newt popped its head up to the water’s surface just as I took this photo. 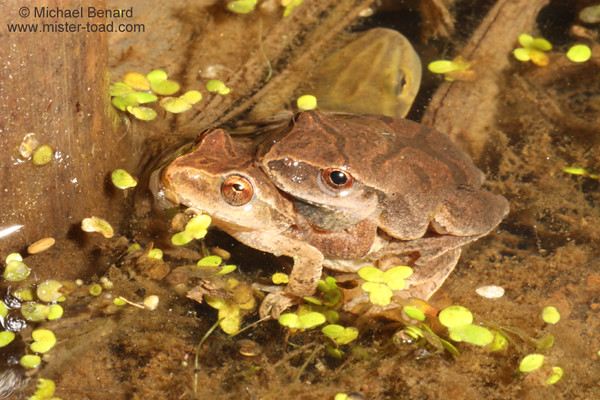 The newts won’t harm the adult spring peepers. However, adult newts will stay in the ponds long after the adult peepers have laid their eggs and left. The newts are predatory, feeding on invertebrates and small amphibian larvae. So it is possible that the tadpoles of these mating peepers could be chased or even eaten by this same newt later in the summer.

Here are a couple photos of calling male peepers from the same night: 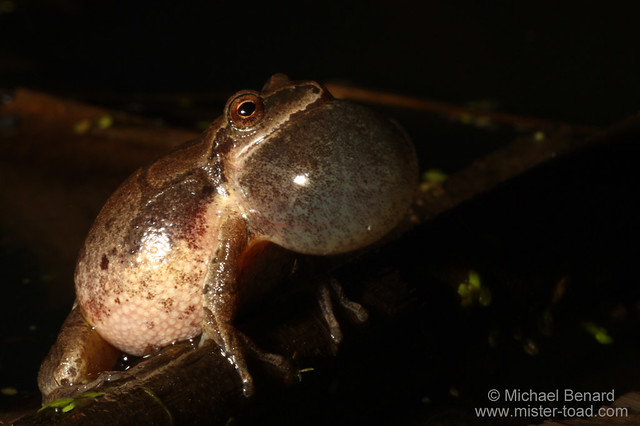 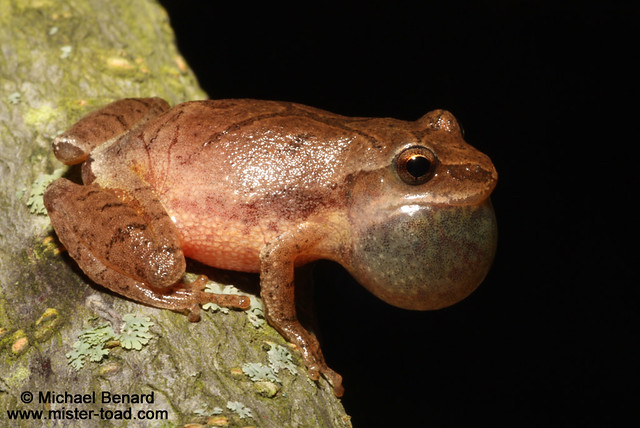