Although I focus my research on amphibians, I am also very fond of insects. Here are some of my favorite photos that I took of insects during 2015. Looking forward to more in 2016!

Early in the year I had to remove a nest of Aerial Yellowjackets (Dolichovespula arenaria) from a place where they’d end up in conflict with people. I froze the nest and took it apart with my kids so that they could see how the wasps build and use the nest. The photo below shows four different Aerial Yellowjacket life-stages, and you can read an earlier post with more images exploring the Aerial Yellowjacket nest. 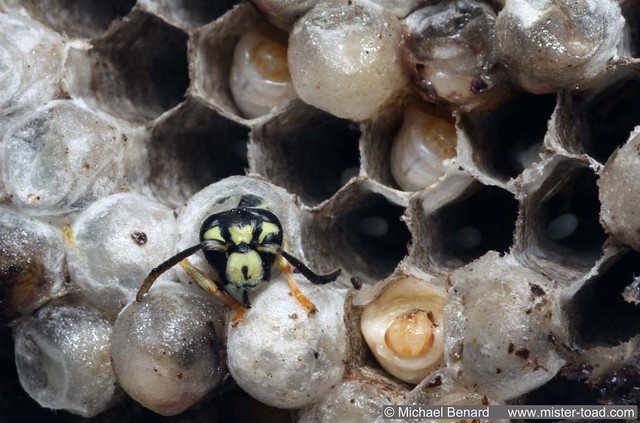 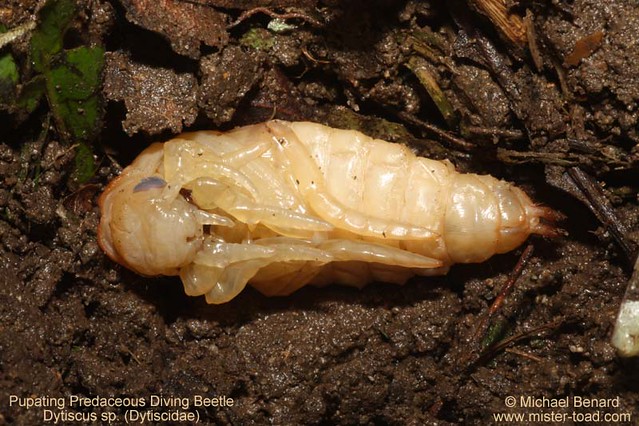 Creeping Water Bugs (Naucoridae) are another aquatic predator that I photographed in 2015. Their small size makes them less dangerous to amphibian larvae than larger predators like Predaceous Diving Beetles and Giant Water Bugs. However, Creeping Water Bugs can still give a person a painful nip with their sucking mouthparts. Here is an adult Creeping Water Bug from a pond in northeastern Ohio. 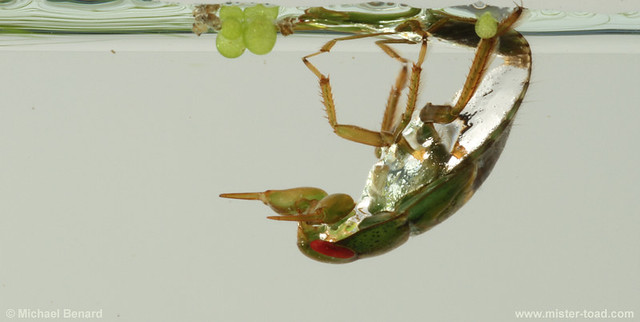 The Fishfly (Megaloptera) is another cool insect with a larval stage tied to aquatic environments. This adult flew into me one night while I was walking in the woods. 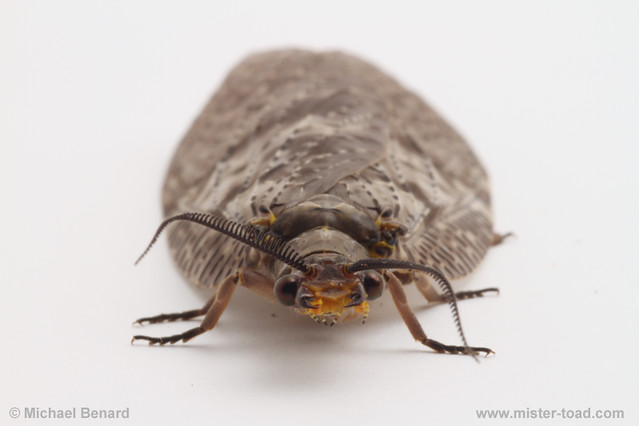 Robber Flies (Asilidae) catching prey on the wing caught my attention in July while I was visiting new Mexico. I saw several of Robber Flies during my visit, and all of them were eating bees. 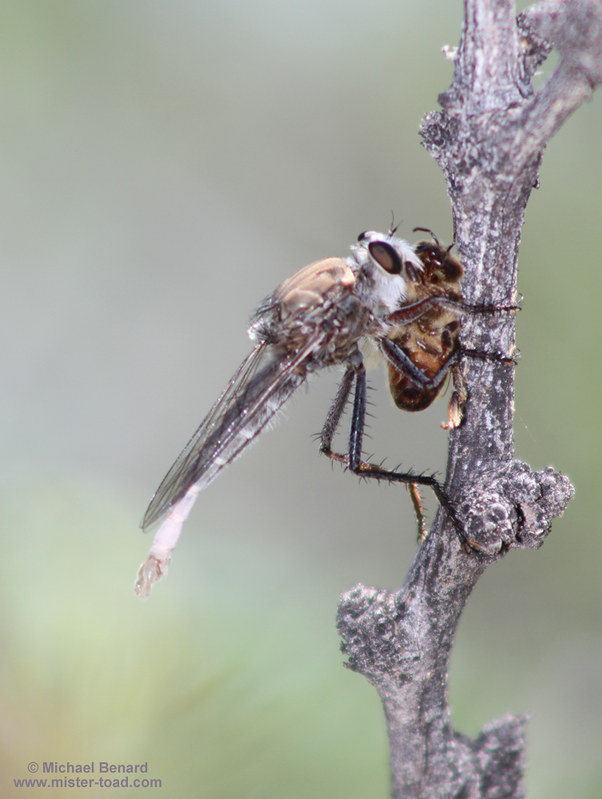 Not all of my favorite insects from 2015 were predators. I found larval and adult Reddish-brown Stag Beetles in the same rotting logs in Northeast Ohio. Their large size makes them particularly impressive. 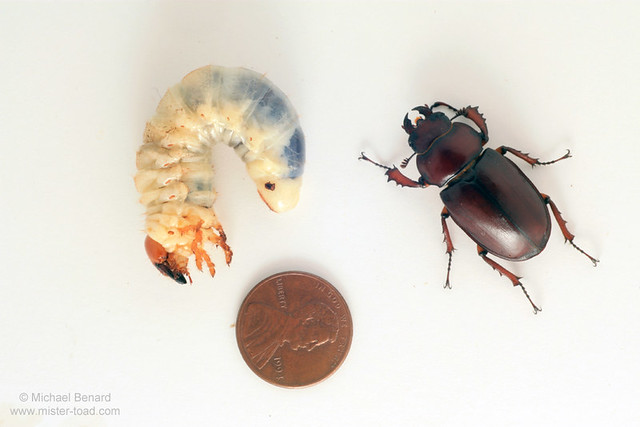 My absolute favorite insect observation of 2015 was of a group of Peacock Flies (Callopistromyia annulipes) in western North Carolina. I remember watching these flies with great fascination when I was a kid, but until this summer, it had been years since I had seen them. Peacock Flies court their mates with an elaborate dance that involves showing off their beautifully-patterned wings. 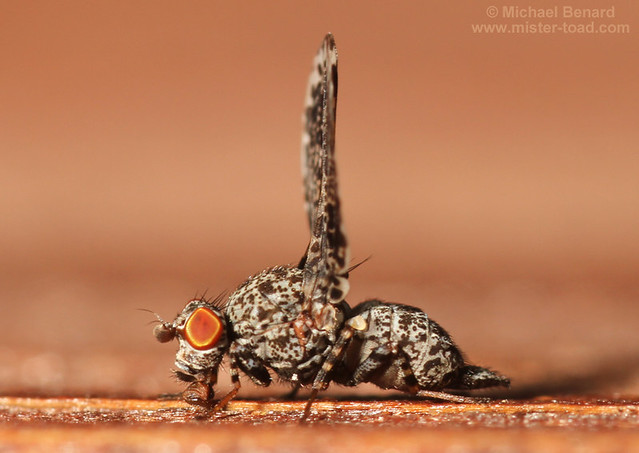 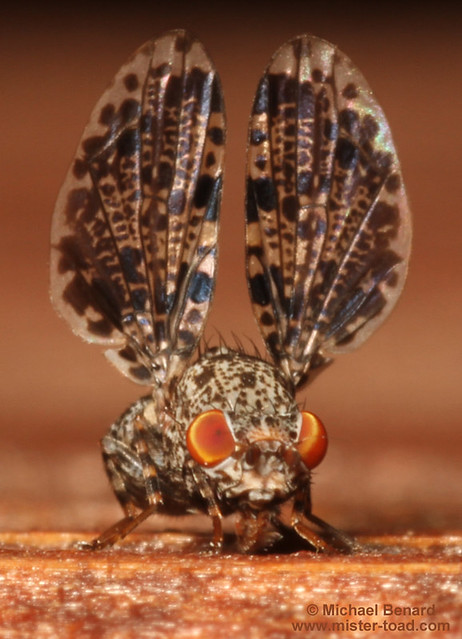 Follow
This entry was posted in Natural History, Photography and tagged Invertebrate. Bookmark the permalink.