I was recently given some shed snake skins that were found at the CWRU Farm in northeast Ohio. These sheds will provide a fun way to teach CWRU herpetology students snake identification skills. Shed snake skins have a number of characters that can be used to identify the species of snake.

This shed was large, which allowed me to rule out some of our smaller northeast Ohio snakes, like the Ringneck Snake and the Red Bellied Snake. 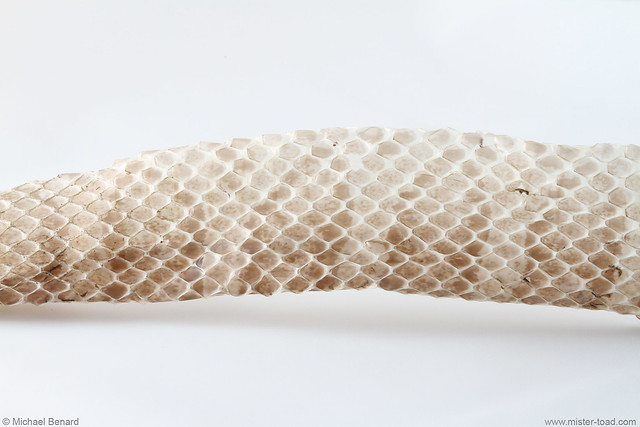 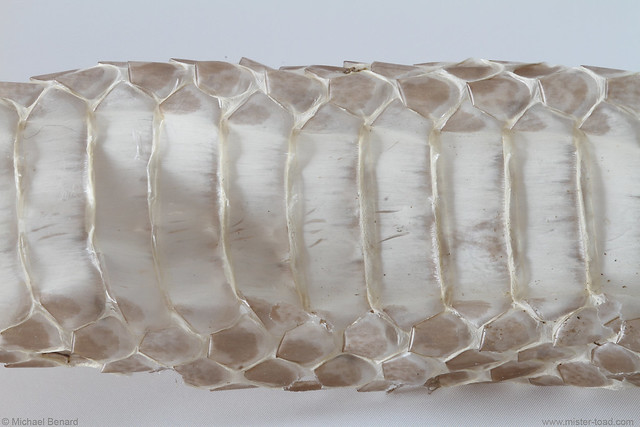 I looked closely at the scales to determine whether they were keeled or smooth. Keeled scales have a small ridge running down the middle, whereas smooth scales lack the ridge. By examining this close-up view of the scales in the photo of this shed, you can see that they are smooth. Since this shed has smooth scales, we can rule out several additional species, including the Northern Water Snake and the Garter Snake. We can also rule out the Black Rat Snake, as it has weakly keeled scales. 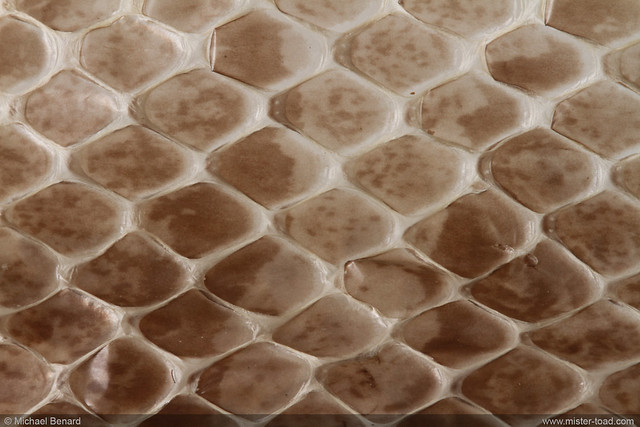 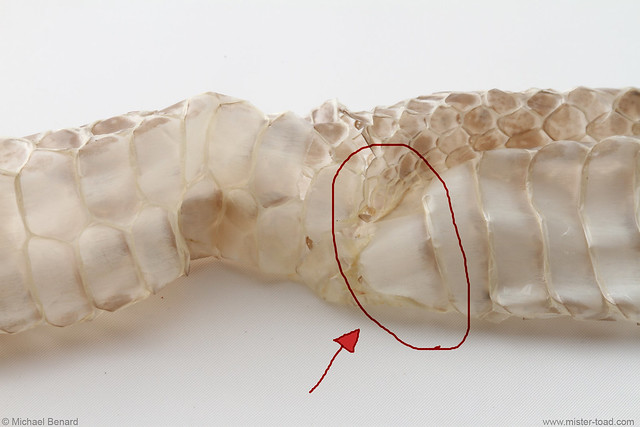