Zombie Cicadas and the end of Brood V

As mentioned in an earlier post, I spotted my first BroodV cicadas in Warrensville Heights, Ohio (and entered the cicada observations into inaturalist). Using a helpful website on periodical cicadas, I was able to ID the Warrensville Heights cicadas as Magicicada septendecim, based on the thick orange bands on their abdomen and the orange color on their thorax behind the eye. Although this was pretty exciting, we only saw two living cicadas plus one cicada wing. 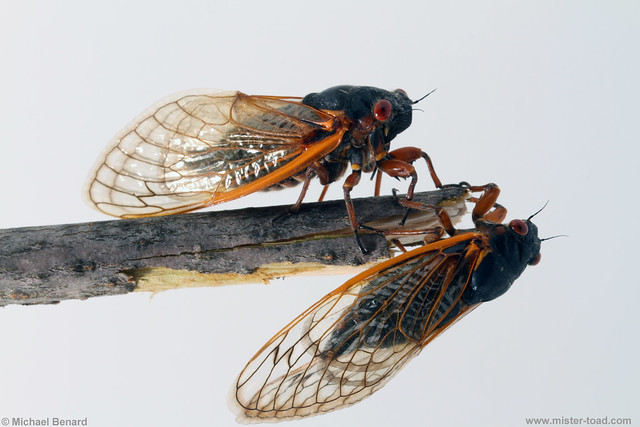 I didn’t see the full swarming of the Brood V periodical cicadas until a little later in June when I visited the Cleveland Metropark’s South Chagrin Reservation. Here is a video with the sound of their calls:

Some of the cicadas at South Chagrin were starting to die, and their orange-and-black bodies were easy to see on the ground and in the stream: 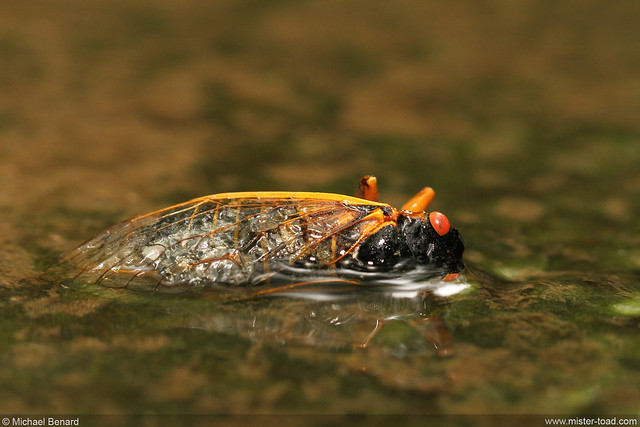 A couple days later I visited the Cleveland Metropark’s Bedford Reservation. Brood V Cicada calls could be heard scattered around the reservation, intense in some areas, subdued elsewhere. The cicada exuviae (shed exoskeletons from the larval life stage) were still attached to trees and other plants. I was struck by this shed cicada skin clinging to a vandalized tree: 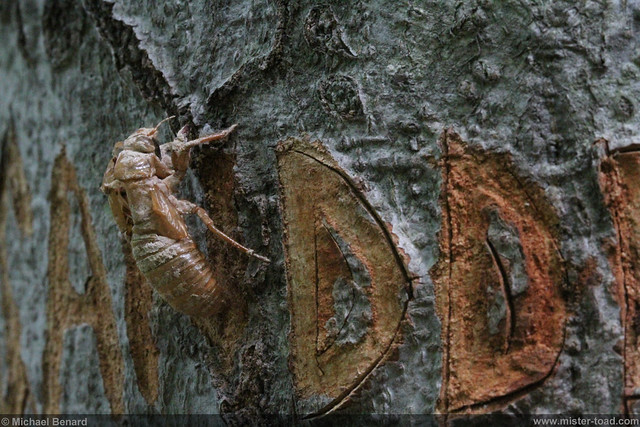 In other areas, there were huge piles of dead cicadas mixed with cicada exuviae. Not only can the huge numbers of cicadas provide a boost of food for forest animals, but the dead cicadas also fertilize forest plants. 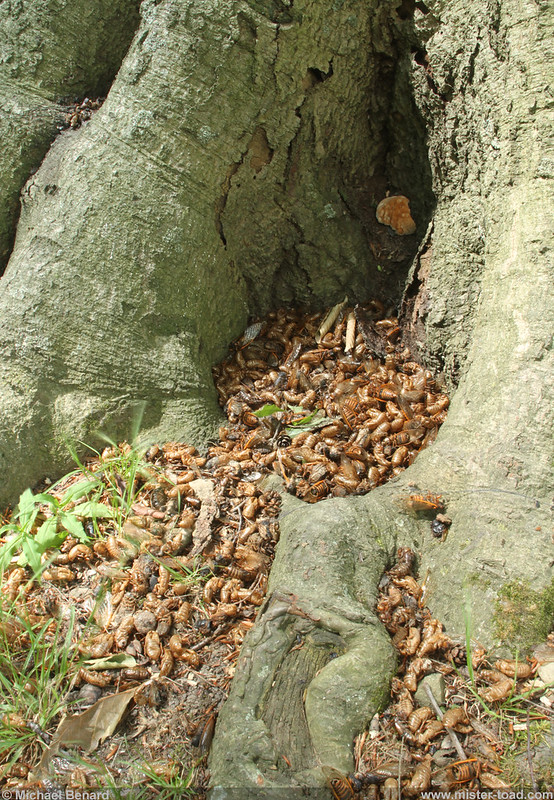 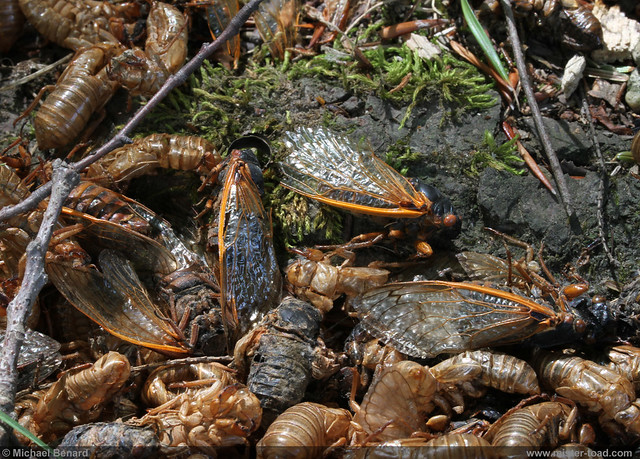 Beyond the enormous piles of cicada bodies, I was most struck by how many cicadas were continuing the crawl and fly while missing big parts of their bodies (like their abdomen!). The two videos below show some of this “zombie cicada” behavior. I shared this with a colleague who is an entomologist & neurobiologist. He remarked that the “zombie” behavior emphasizes just how neurologically different insects are from people and other mammals.

A Brood V cicada with an empty abdomen:

A still-living Brood V cicada crawling on the ground as a yellowjacket wasp eats it.